In June/July 2014 we travelled through Japan, partly together with our nephew René, who lives in Tokyo. We started in Tokyo and from there travelled to Shikoku Island for a trek in the mountains and to visit the famous temples there. Then we returned slowly to Tokyo stopping at several places along the way such as Nara and Kyoto. 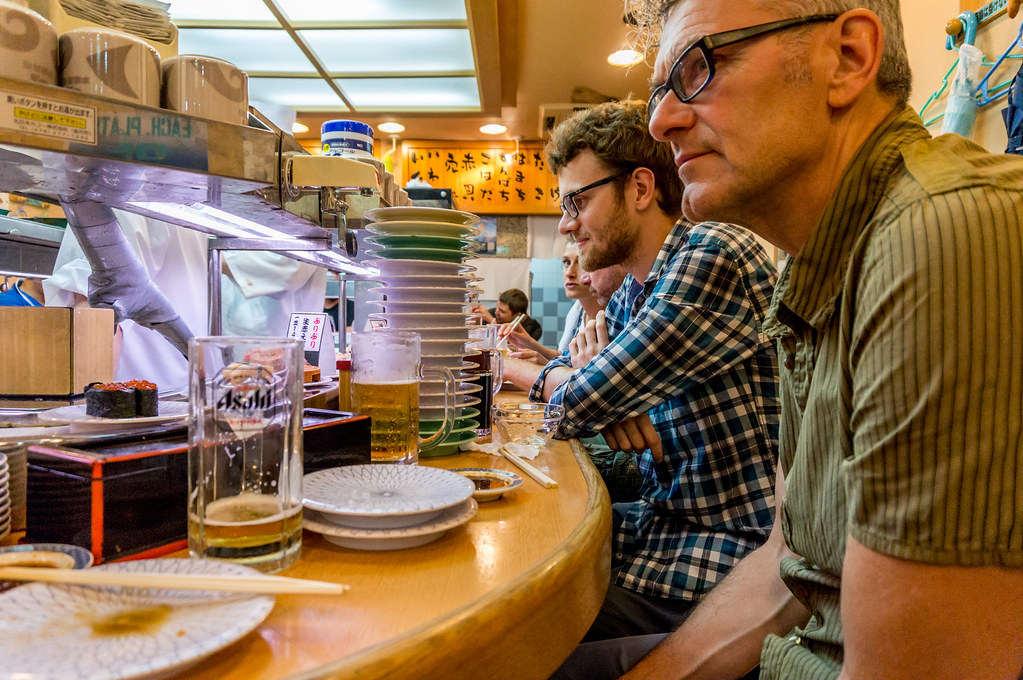 Tokyo is a huge and lively city. Some quarters are very crowded and noisy whereas other parts are more tranquil. René lives in a relatively quiet part with small houses. Space is expensive in Tokyo; his house is self-containing and not really spacious. Of course, Tokyo is filled with nice restaurants and it helps if you have a host who knows the best sushi places!

Traveling by public transport is a real pleasure in Japan. The trains and buses run on time and mostly it is possible to figure out the schedules because they are displayed by symbols or (also) written in English. The fast train (Shinkansen) is really spectacular. We are still fussing about a fast train from Amsterdam to Paris: we should hire the Japanese! The trains and buses are also clean and usually not too crowded (except in rush hours in the Tokyo area). One confusing issue is that Tokyo has several independent metro line companies which sometimes operate from physically different stations bearing the same name. Again, it was helpful to have a host, but otherwise you find out yourself quickly how it works. 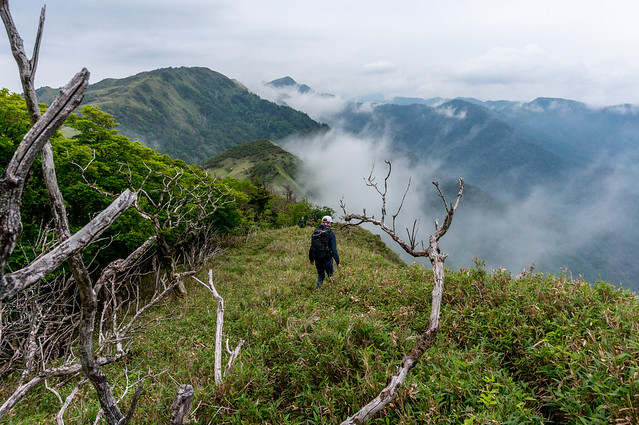 We made a trek on Shikoku Island. After taking the bus from Awa-Ikeda through Iya-valley and stopping at the tiny village Kubo, we started our trek to Mount Miune (三峰). The hiking trails in Japan (at least in this part) are very straightforward: they go simply up- or down-hill, no winding. This makes climbing hard at times, especially when there are bears around. During the night we stayed in mountain huts, which were clean and empty. We hardly met any other hikers. The last day we descended through the woods clapping our hands and singing to warn-off the bears. It was a bit difficult to find a bus back to Awa-Ikeda but thanks to very friendly local people and our Japanese speaking host, we found our way back and stayed in the same nice Ryokan Fukuya. 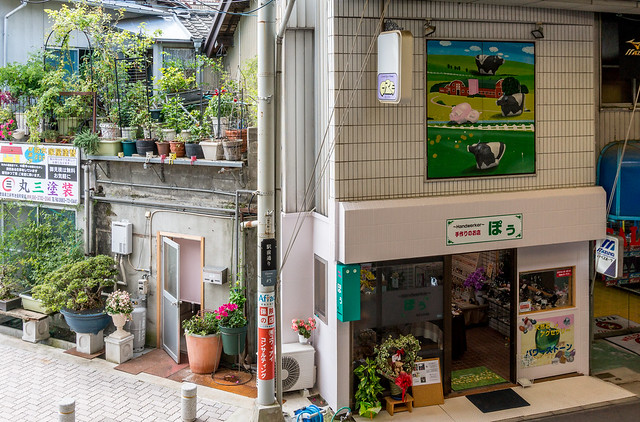 View from the window of Ryokan Fukuya in Awa-Ikeda

By far the best sleeping option is a ryokan: the traditional Japanese guesthouse. These come also in different styles: from touristic and almost fake, to very traditional. The latter are of course the nicest and chances of finding those are higher in remote and rural areas. There are also modern versions of ryokans such as Kaze-no-Kuguru in Zentsuji which was built in 2011. Nice coincidence: our room there was called 亀あげ which means Turtle’s Age.
If you do not like fish you have a bit of a problem in Japan. If you do like fish, then you can find many places to eat. Of course, the most famous dishes are sushi and sashimi, but there are also dishes like okonomiyaki (baked pancake served at a hot plate on the table) or shabu-shabu (fondue with very thin sliced meat and vegetables). Maybe you want to try Japanese tapas in an Izakaya restaurant. Then there are also the different kinds of tasty noodles, such as udon, ramen and soba. Esthetics is important for the food served in Japan: it should look good! 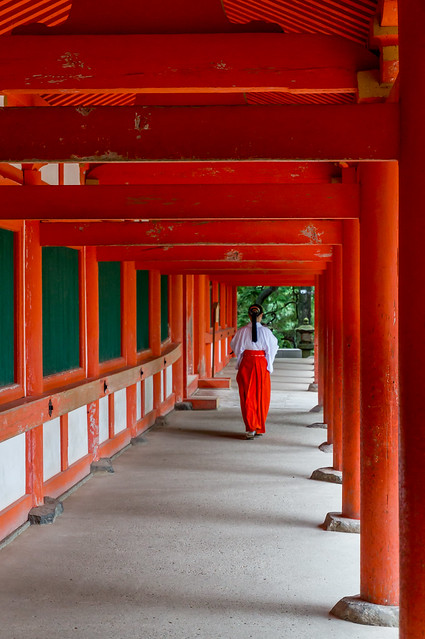 Japan has a long and interesting cultural history. Zen-buddhism, for instance, flourished over here which is reflected in many Buddhist temples. Such temples can be found all over Japan and on Shikoku Island there is even an 88-temples route which pilgrims follow. In Kyoto and Nara (which is the old capital of Japan from AD 710-794) there are many such temples. Some of these temples have beautiful Zen-gardens: meticulously kept and of amazing simplicity.
The temples come in all sorts: spectacular and touristic ones such as Konpirasan (in Koto-hira, Shikoku; devoted to sea and fishermen); Ginkaku-ji and Nanzen-ji (Northern Higashiyama, Kyoto) and Sanjusangen-do (Southern Higashiyama, Kyoto; with statues of 1001 Buddha’s!). There are also less spectacular and more quiet ones such as Honen-in (Northern Higashiyama, Kyoto) and Daitoko-ji (Kita-Ku, Kyoto; with a beautiful zen-garden).
Probably the best time to visit the cities and just walk around is in the evening. Walking around in the northern part of South Higashiyama (Kyoto) – a very quiet and expensive neighborhood with top-notch restaurants and geisha’s – can only be beaten by visiting Nara’s temple Todui-ji at night and walk all the way to the top of the park. A fairytale view of the city! 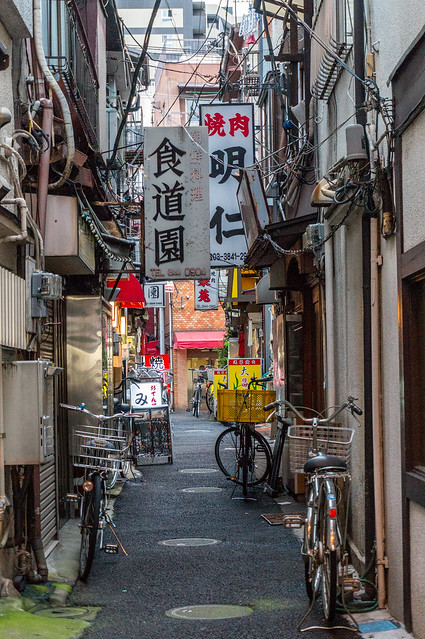 Japan has three alphabets: Hiragana, Katakana and Kanji. The latter is easily recognizable since its characters look the most complicated (and are derived from Chinese). The other two are more difficult to distinguish but after a while you get familiar with some of their symbols. The problem is, of course, that there is no relationship with a Latin language: no reference to known words in French, Spanish or Italian. In the big cities, people speak English to some extent but do not expect that in the rural areas. One symbol which is helpful to learn in the mountains is 水 which means water!