In August/September 2013 we travelled during a month in Ladakh, the northwestern part of India in the Himalaya, together with our friends Danny and Désirée. The basis of our trip was Leh, the capital city of Ladakh. We made treks through parts of Ladakh and visited Buddhist temples, always returning to Leh. This has advantages and disadvantages: you can leave part of your luggage behind in a guesthouse (reducing the weight of your backpack), but it is less adventurous. Ladakh is situated at an altitude of 3500 meter, so some customizing is necessary (actually, we did not have a lot of problems perhaps due to the Diamox we took).

Leh is a small and touristic town. It has very many shops and outdoor/adventure companies. It has a nice selection of restaurants, but getting a beer is a problem at times (not to mention a good glass of wine!). For religious reasons, they do not always serve beer. Sometimes it is available and then they may sell it as ‘tea’. We stayed at the Shanti Guesthouse, in the quiet outskirts of Leh, which is operated by friendly and helpful people. We could leave part of our luggage there in-between the treks 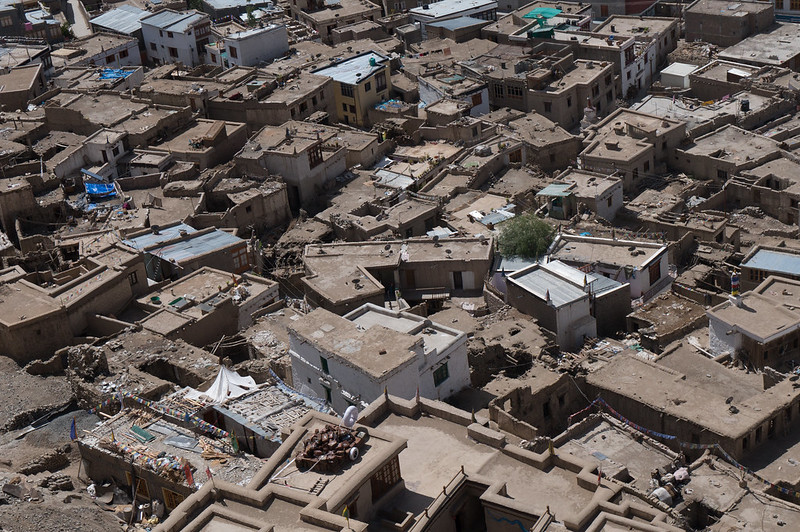 Roofs in the old city of Leh, looking down from the castle

There are different types of treks to be made in Ladakh. The basic choice is whether to take a guide, a cook and horses or do everything yourself. We did both and started with a small trek (the baby-trek) on our own which goes from Likir to Temisgam via Yangtang. Next, we did the Markha valley trek which can also be done on your own. We also did one trek with guide, cook, horsemen and horses carrying our luggage (Phyang to Hundar). The latter was not a luxury due to the heights we had to fight, but the reward is simply awesome views on the Himalaya! 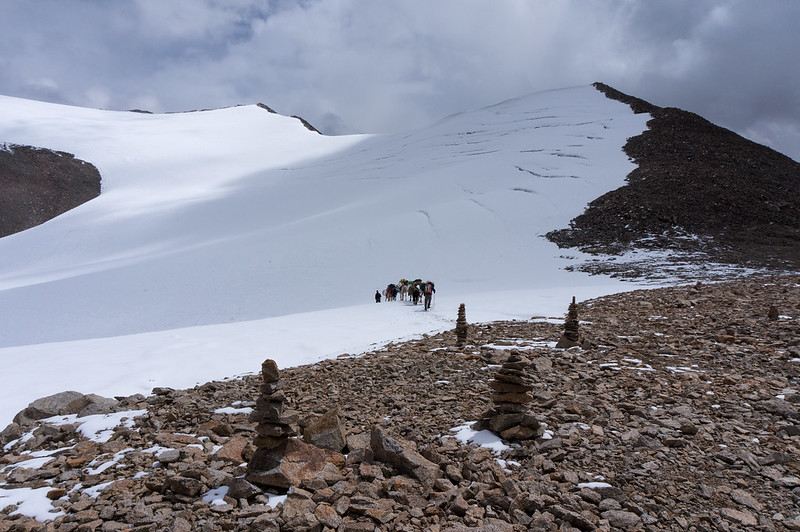 Crossing the Lasermo La between Phyang and Hundar

The temples are amazing and apart from the nature one of the most beautiful features of Ladakh. There are many of them ranging from small to large and from quiet to noisy. 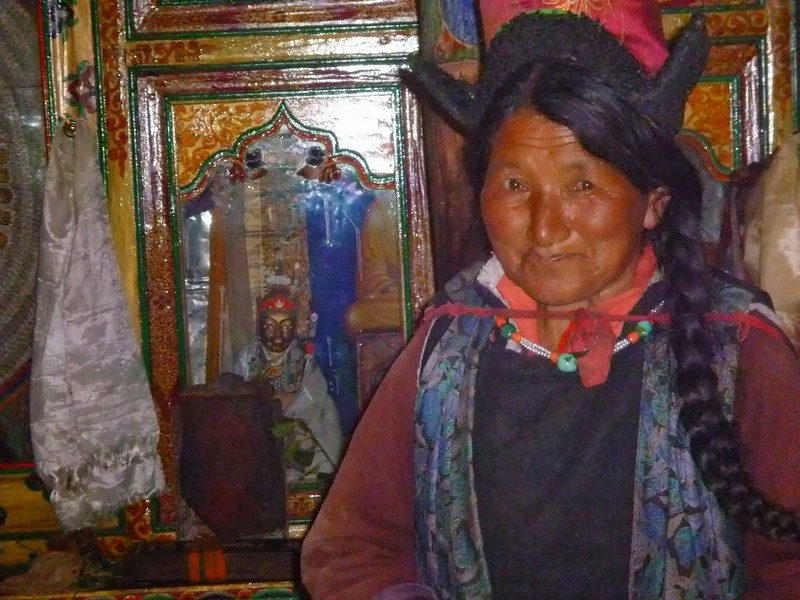 Inside the temple of Yangtang

Snow-leopards: yes, they are there. They are very shy, however, and one hardly sees these animals. At our baby-trek we have seen a clear fresh footprint of a snow-leopard in the mud. People in Yangtang told us that fifteen days ago they had to chase a snow-leopard since it was hunting one of their cows. Now and then snow-leopards kill and eat a sheep; the cost of this sheep is reimbursed by the Ladakhi government to protect the snow-leopard. Wolves: yes, they are there too! Actually, while walking in the dusk outside of Leh with the three of us, we were followed by one. Our guesthouse owner taught us one of the differences between a big dog and a wolf: the wolf has a fluffy tail. We think that the most distinguishing feature is that the wolf has mean eyes!

The food is simply excellent. Leh offers restaurants serving Indian or Tibetan dishes and both are very good. It is an Eldorado for the vegetarians among us unlike, e.g., Argentina or France! The cooking in the guesthouse during a trek depends on the cooking skills of the guesthouse owner. This can vary a lot, but is mostly decent including the lunch boxes provided. During our trek with guide and cook, we were very lucky since we had an excellent Nepalese cook. Every evening we had a three course meal with supplements and all prepared on a simple stove. According to our guide this was the rule during these types of treks: to compensate for the hardship of the coldness and fatigue one must eat properly! We fully agreed. 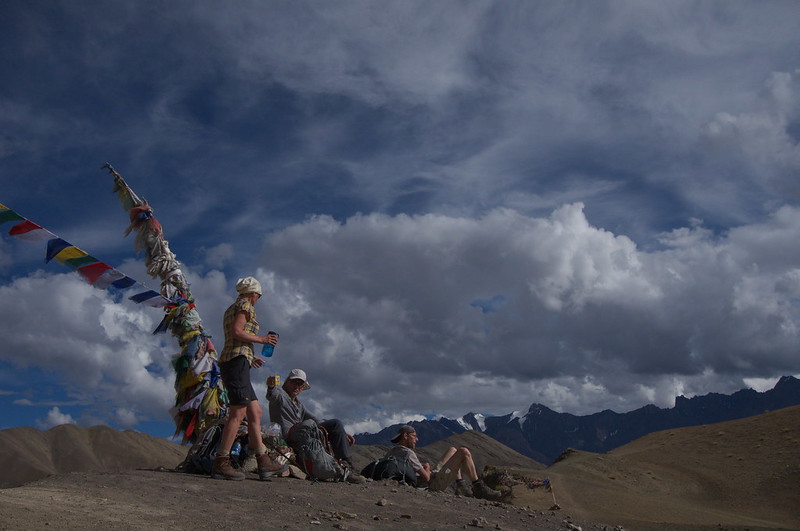 At the end of our trip we stayed two days in Delhi. Interesting, to use an understatement. A noisy, dirty city reflecting more of the real India (as we were told by fellow travelers).