Together with our friends Danny and Désirée we visited Iran in October 2018. Iran is a beautiful country and interesting from several perspectives. It has a very old history and modern-day Iran is reflecting that mingled with contemporary history. 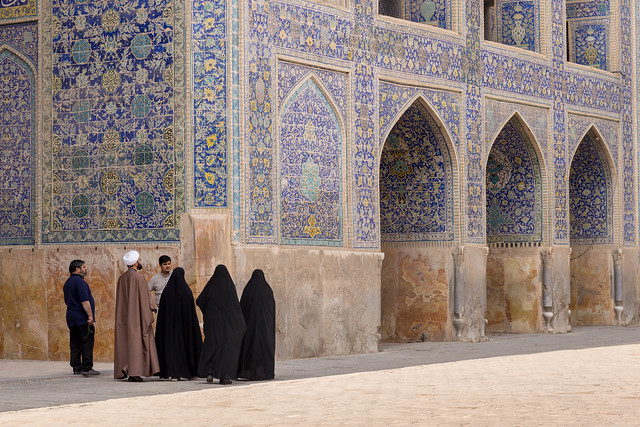 The food is good with nice stews and there is lots of fresh fruits and vegetables. No alcohol; not even in the fancy western-oriented restaurants. We did not miss it but coffee is another story. Iran is a tea-country and finding good coffee (not the instant stuff) is hard; especially in the smaller towns and villages. In restaurants the servings are rather quick; do not expect to make dinner a whole-evening event. This is different when having lunch or dinner at people´s homes. In Isfahan we stayed with friends who cooked very nice dinners for us and in Sanandaj (which is the capital of Kurdish-Iran) we were invited by a Kurdish family and there the lunch and dinner were an event! 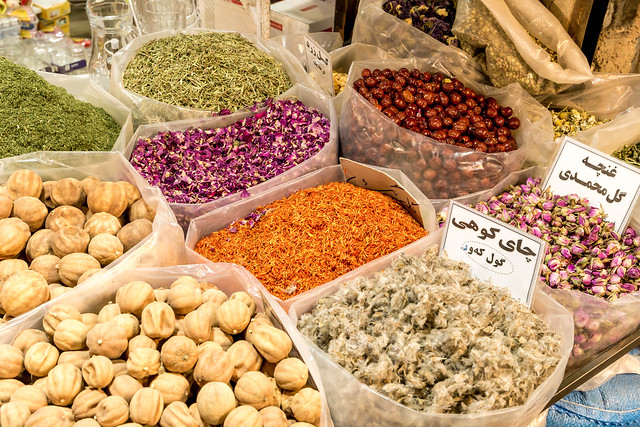 The architecture is simply amazing. The mosques, the hammams and the old merchant houses were very well designed. Geometry and symmetry play an important role and also the decorations such as mosaics were strictly geometrical and with beautiful colors. Also, some of the bazaars were beautifully made; both the old ones (e.g. Tabriz) as well as the renovated ones (such as the one in Qazvin). A special case is Isfahan: this is one of the most beautiful cities we have ever seen. The central (big!) square is amazing with two large mosques and a large palace along one of its sides. In the attic of the palace was even a special room build for music and designed to have great acoustics. 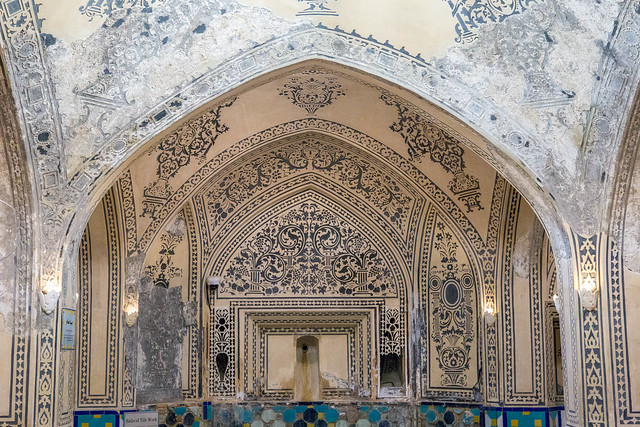 The impact of the economic trade boycott by the western-countries is noticeable. Prices go up and down depending on the exact status of the boycott and so is the currency. For us, Iran was cheap at that time and for them going to a western country at the moment is very expensive hampering traveling abroad. Yet, you can buy almost everything in Iran including luxury goods. It is not clear who can buy those: only the very rich? The people on the street were very concerned about the economy and the boycott; they felt it in their every-day life. They are very open about this and also about the regime. They repeatedly told us that we should not make the mistake of mixing up the regime with the Iranian people: these are two different things and they are very concerned about the image we (are supposed to) have of them as being malicious. They are certainly not that!

We were told (and read) about Iranian hospitality. No exaggerations here: Iranians are indeed very hospitable and friendly. We were invited many times for tea, lunch and dinner. In Isfahan, we stayed with an Iranian couple in their house for three days after one of us had met her at a course earlier this year in Europe! They also served as perfect guides for the beautiful city of Isfahan. There is clearly a culture of meeting friends and family, and of eating together.

We have seen only part of Iran (it is a big country!), but those parts were varied in nature. In the northern part we went into the mountains which were rugged and desolated at places. In the eastern part, we went into the desert (close to Kuhr and Mesr). This was spectacular as is often the case with deserts: sand dunes, small villages, inaccessible mountains and very arid; with beautiful nightly skies! 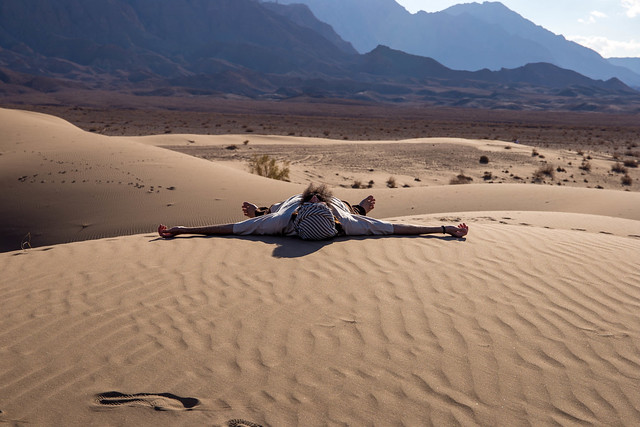 The dunes near Mesr

Traveling by taxi is an adventure, especially in Teheran: the traffic is a mess with hidden rules (at least for us). Buses are the main transportation vehicles between the big cities; there are trains but these run less regularly. The buses are fine and when finding the correct bus at the (sometimes hectic) bus-stations is problematic, there are always friendly Iranians who will help. Also, taxis between cities is possible, and for us still very cheap. 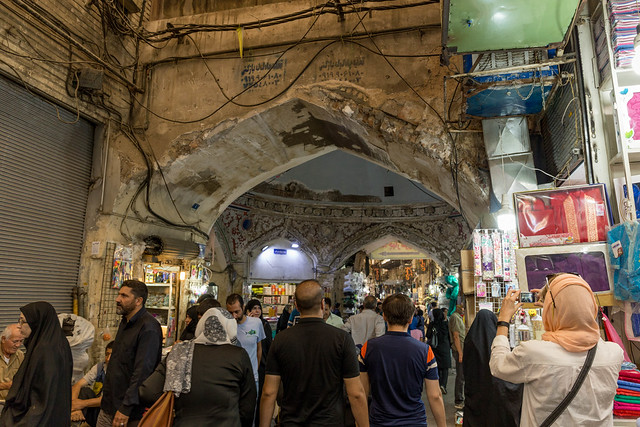