We have already spent some holidays in the Pyrenees but we keep coming back. We simply like the mountains and atmosphere: quiet and rugged spots, nice old villages and friendly people. Especially the Spanish part is our favorite. That is why we wanted to go back there and continue through Aragon; a very old part of Spain. It used to be a kingdom together with Catalonia and stretching out to parts in Italy. It was also the place where the old Christian and Muslim cultures met (and clashed). For this reason, there are many castles and fortresses in Aragon which together with the nice landscape makes it a nice hiking experience with lots of old history. 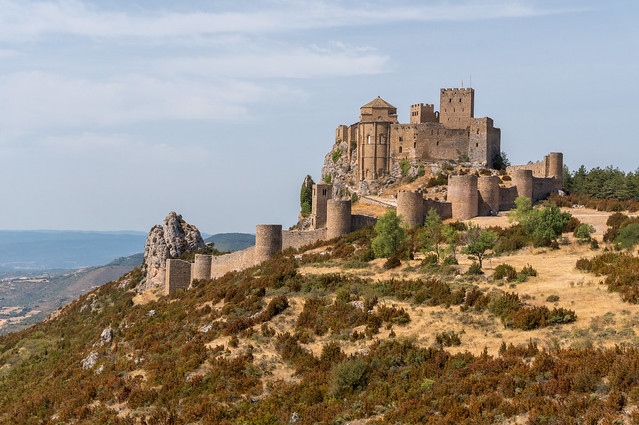 We started halfway August and our idea was to cross the Pyrenees from the French part, starting in Bagnères-de-Luchon, and from there with public transportation to Arties. This is already the Spanish part and from there we were to hike in about eight days to pick up the GR19. Having followed this for a while, we could pick up the GR1 (Sendero Historico) which was our main goal. All of this – of course – with a full backpack carrying all our stuff. Once at the GR1, the weather was so hot that we decided to change plans a bit and do more day trips while staying in a village. Especially Alquezar was a very nice place to hang out for a few days with the Sierra de Guarra nearby full of vultures. You can easily spot the Griffon vulture together with its young high up in the cliffs (take a good binocular along; ours broke down unfortunately). We were also lucky to see the bearded vulture: a majestic sight! 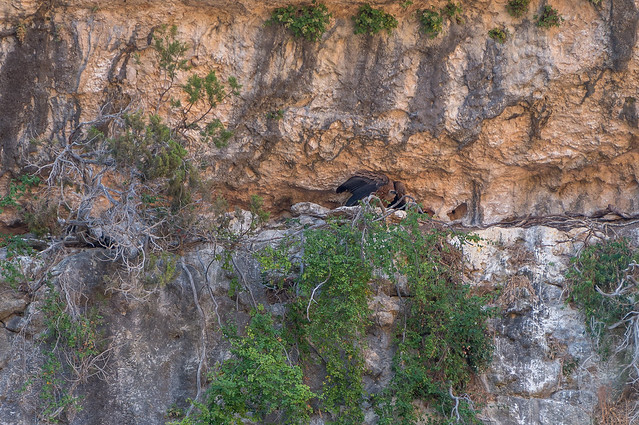 Camping or staying in refugio’s

Camping has pros and cons, and so has staying in refugios. Some refugios are nice and spacious, but most of them are small and crowded, depending on the season. After having crossed the Breche de Roland starting from the Spanish part (which is the nicest!) we stayed the night in Refuge de Saradets (on the French side), which was under construction and very crowded. As a compensation the wardens were friendly and we also met some nice people during dinner. Apart from being more adventurous, staying in your own tent has the advantage that you do not have to deal with the snoring people during the night! 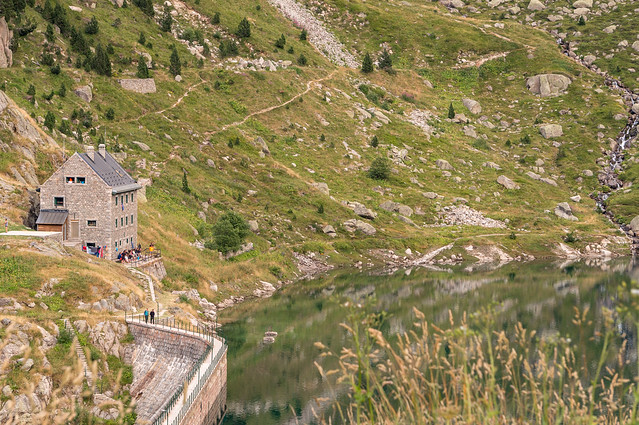 We usually get lost a couple of times during our hiking holidays which is not a problem: we are used to that. To avoid this now a bit, we used the ViewRanger app; which can be used alongside with detailed maps which you have a buy. This works great: once the maps have been downloaded (using internet in a hotel) you simply turn on your GPS on the smartphone during the hike and ViewRanger indicates where you are on the map. No roaming and internet needed anymore. You only need to have the right maps. We thought we knew our way in the first part of our trip (‘we do not need a map for this part’) and of course we got lost there. Fortunately, we met Alberto and his friend from Spain who were also hiking in that area and could show us the way. The only thing we still had to do was to climb a steep hill. 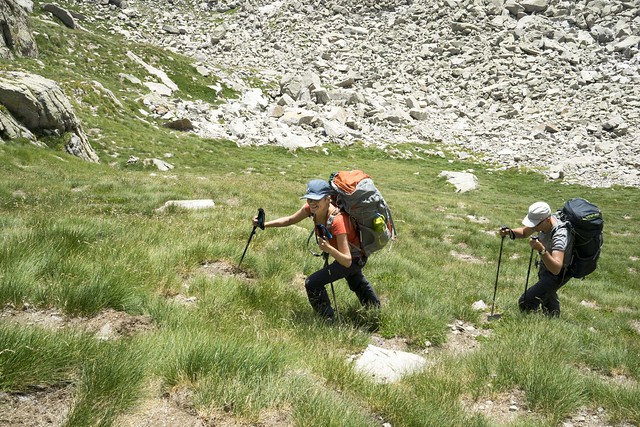 Out of the comfort zone

In Alquezar we saw advertisements of canyoning. It looked rather scary with helmets, ropes and the like. We were both very skeptical since this activity was clearly out of our comfort zone. The friendly people of the adventure company explained us that there were only three scary things: slide-rafts, high jumps from rocks and sifones. The latter looked the most scary: one has to swim through a tunnel of water below stones to surface again a few meters further. We hesitated a lot, but decided to do the trip: it was great! And indeed the sifones were the scariest parts. It pays to get out of your comfort zone. 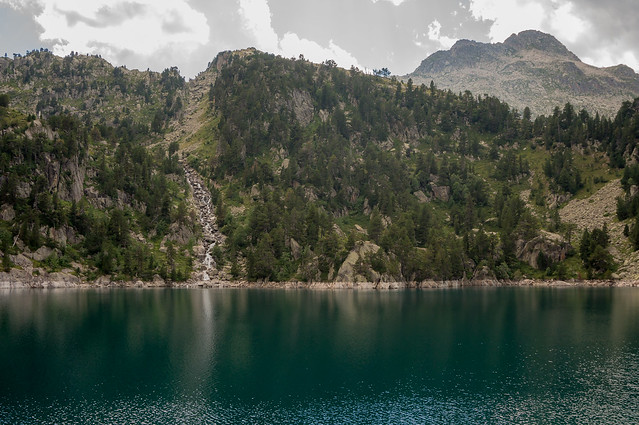