Having been to Chile two times before, the far north was still a partly unknown area and one that was subject of many dreamlike fantasies. Especially the high country (Altiplano) was something to discover. In September/October 2007, together with our friend Renger, we flew to Santiago de Chile and rented a car for five weeks from trekker-chile (www.trekkerchile.cl). We met the owners of trekker-chile during our stay two years earlier in their hostal near Talca. It was a nice and robust four-wheel drive, and hasn’t disappointed us during the whole trip. All in all, we drove around 5600 km in both Chile and Argentina, mostly on dirt-roads. A fantastic experience! 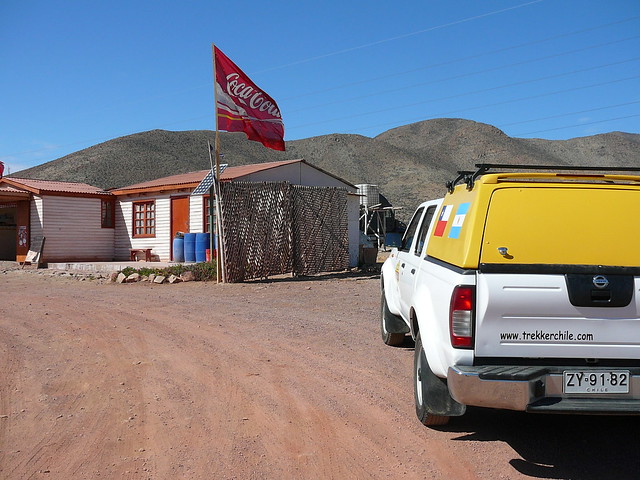 Driving north on the Ruta 5 through the Atacama Desert

The route we took was roughly going north from Santiago to Arica (Chile) spending time in Putre and San Pedro de Atacama, and then going south again through Argentina visiting Salta (see the map). It is quite a stretch but we had five weeks and a great car with a sound system which properly played our CD’s.

The geysers at the Altiplano are awesome. One night we camped close to Baños Puchultisa to wake up very early in the morning seeing the geysers spitting out steam and hot water. We were all by ourselves in this rugged nature which makes it a unique experience. You cannot escape the volcanoes: they dominate the landscape. We camped at the base of the Láscar volcano (close to San Pedro de Atacama) at 4700m; which meant a very cold night. The next morning, we climbed the volcano very slowly because of the height. After 3.5 hours we reached the top at 5500m: it was very windy and cold so we did not stay long. Our serious headache became less severe with every descending meter. 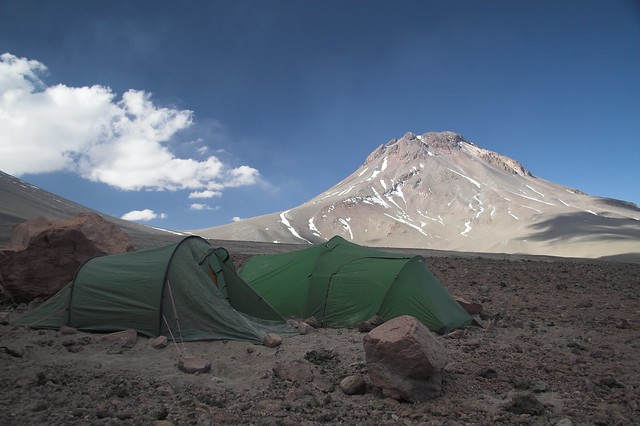 Camping at the base of Volcán Láscar

Apart from the volcanoes and geysers there is a lot more nature to experience. Driving from Santiago to Arica, we crossed the Atacama Desert; one of the most arid places on earth. Nevertheless, there is some vegetation which is surprising for a place receiving only precipitation once every ten years! Apart from the vast mountain ranges and valleys, there are also salt lakes of which we visited a few. Swimming in those lakes is quite an experience. They are indeed very salty and some of them have hidden hot springs, which makes the water nicely warm. On most parts of the Altiplano, free camping is allowed and one place was especially beautiful: Salar de Surire, Termas de Polloquere. Having to go out for a pee during the cold night is not a hassle anymore. The sight of a salt lake glimmering in the moonlight is breathtaking! 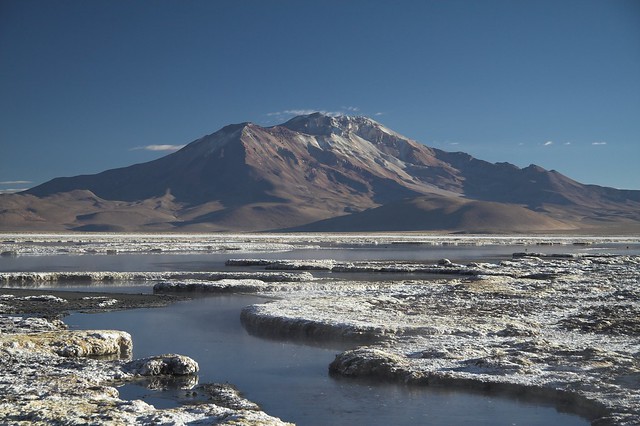 In Europe, we are familiar with the llama (in zoos), but this animal has three close relatives: the vicuña, the alpaca and the guanaco. The first one (vicuña) is the wildest and lives on the Altiplano; the alpaca is mostly domesticated and is kept for its wool; the last one (guanaco) lives more in the south. Although we saw some condors, these are much more abundant in the southern parts of the Andes. The ñandu (a nephew of the ostrich and emu), on the contrary, is frequently spotted and so is the flamingo. We did not see mountain lions, although we cannot exclude that they saw us! 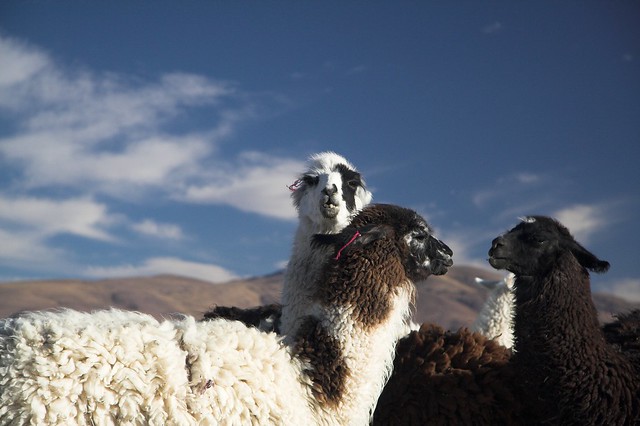 Llama’s at the Altiplano

Of course, there is also culture on the Altiplano. There are nice small villages such as Parinacota and Guallatiri, and also remains of ancient indigenous people. Putre is a nice small village with the atmosphere of trekking and remoteness. This atmosphere was lost in San Pedro: it was there the first time we visited (2002) but now there were even hipster bars and lounge places! Salta is nice, but did not meet up with the high expectations we had derived from the stories. Other (smaller) villages like Humahuaca and Cachi are on the other hand a joy to visit and stay in.