In February/March 2015, we made a trip to Patagonia together with our friends Danny and Désirée. The two of us had been there before and wanted to show our friends this beautiful country and visit some nice places again. Patagonia has just one drawback: it is far away. It took us two days of traveling from Utrecht to El Chaltén; the start of our journey. But it is worth the hassle! 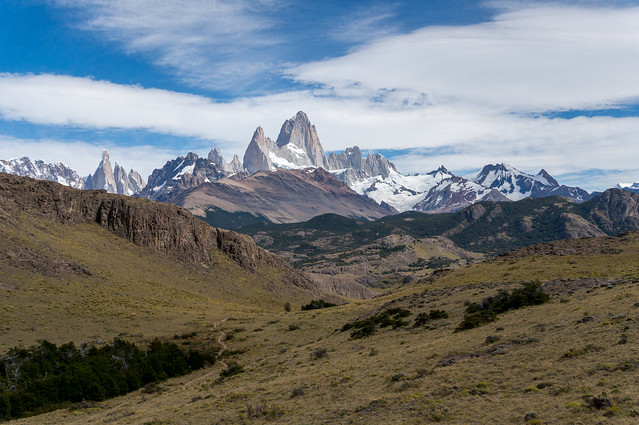 One goes to Patagonia for the nature. We told a Norwegian friend of us that Patagonia beats Norway in this respect. Of course he disagreed, but after having seen our pictures he had to admit that we had a point. It is difficult to characterize the nature of Patagonia, since it differs a lot between north and south. Yet, the ever blowing wind and the vast landscapes are central ingredients. This time, we went to the areas around Torres del Paine, the Fitz Roy mountains and Lago O’Higgins. 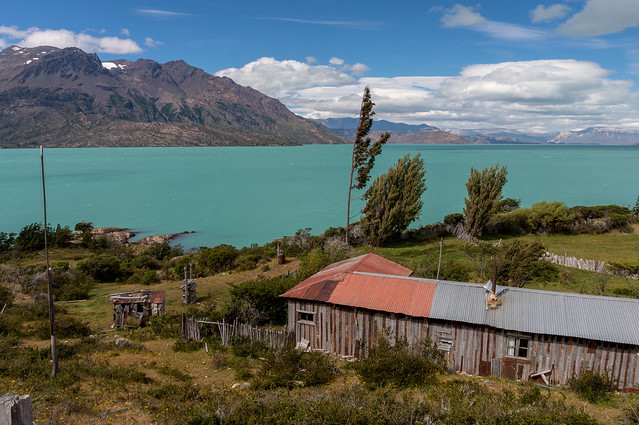 A very nice thing in Patagonia is that one is allowed to camp freely (at least, outside the National Parks). This is what we did in the part around Lago O’Higgins. There are no bears and other annoying animals in Patagonia to consider while camping. There is only one feature that deserves attention: the wind. This is especially important with a light-weight tent. Such tents are very strong but also sensitive to wind as we noticed one night when we camped at a half-open spot: hardly any sleep that night due to the noise and shivering tent. In the National Parks, one camps at the campsites and compared to ten years ago these have become very crowded, especially in Torres del Paine. In the Fitz Roy we stayed two nights at the campsite Piedra del Fraile which was rather quiet and from there we went one day to Lago Eléctrico without our backpacks; which was nice for a change! 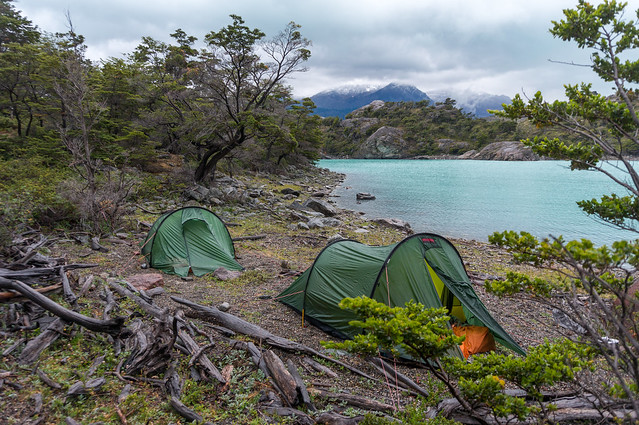 Trekking is the way to experience Patagonia and there is ample opportunity to do so. From rather ‘organized’ in the national parks to completely by yourself. We did both. In the Fitz Roy and Torres del Paine we made treks from campsite to campsite which fixes your schedule to a certain extent. It can be crowded in such parks but taking the less obvious routes reduces the number of people on the track: the northern part of the Torres del Paine circuit was rather quiet. Our trek to Lago O’Higgins was completely on our own. We had to convince the Chilean Border Police that we had enough food and a working GPS, but after that we got permission to go and had a very nice four day trek. 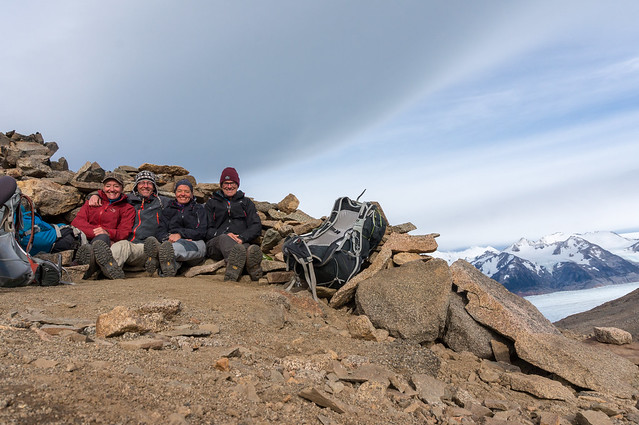 At several parts of our holiday we were close to and experienced the Southern Ice Field, which is the third largest land-ice field in the world (after Antarctica and Greenland). It is difficult to imagine that such an ice field will seize to exist, yet this is what will happen if we continue consuming the way we do. On a trip to the Balmaceda and Serrano Glacier, marks showed the retreat of those glaciers. It appears that such a thing is not happening to the Perito Moreno, but still the overall picture is worrisome.